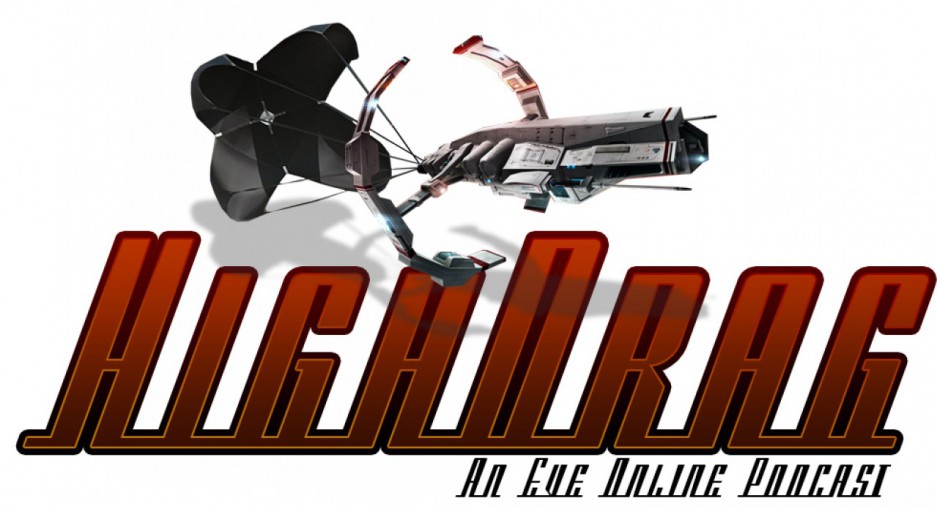 The last couple of weeks have been painful and intense for me. I really wanted to update things so you don’t think that we’ve headed off on another vacation. However, I do want to balance with some of the good things that have happened within the last week. With this said, I bring you the High Drag late August Good, Bad and Ugly list.

The Good:
For those who have been following, Yours truly is involved with Alliance Tournament XIII, and I’ve been having the time of my life!! To be fair, Random is a 105M SP character so that does allow quite a few doors to open for me, but this is my first time in Alliance Tournament and I’m about as excited as I can be. I will preface that all the stuff I do in AT is at the whim of my FC’s from End Of Life alliance, so (as of now) I cannot take any soloish credit but our team is rocking. We may not be doing it “pretty”, be we are doing it.

In week one, we dropped our first match against the Afterlife. This weekend was the weekend with no commentary and the ISD volunteers running the matches. (HUGE KUDO’s to the ISD’s and @ISD_STAR for running the first week’s festivites!!) This loss dropped us into the losers bracket where we’ve had to fight our way up. Funny thing is, we didn’t let this discourage us. We looked at our next match and spoke a collective “I think we can take them.” That is all the encouragement I needed. Day 2 brought us a match against Gone Critical.

Yea, we took them.

Day 3 and 4 have been a whirlwind in my head despite the fact it took hours to finish it all!! Day 3 and we fight against CVA. (www.twitch.tv/ccp/v/12204972 Coverage starts at 02:13:45 and goes to 02:31:56) Yep, I died quickly in a Purifier, but that was my job. I won’t discuss my take on the comps right now. Perhaps when all is said and done, but suffice it to say that I was the second ship to die and I did my best. I certainly didn’t win anything for EOL, we did it as a team. Day 4 was very crazy with TWO rounds. First round on Sunday was against Dream Fleet. These guys struck me as a wild card and I have to admit, I was nervous. The other alliance members were reassuring in their “I think we can take them.” (www. twitch.tv/ccp/v/12376129 Commentary starts at 01:47:25 and goes until 02:10:05) While we looked decent, it was obvious that the desk didn’t have high hopes for us.

Yea, we took them, as well.

Round two on day four was against Dead Terrorists. I didn’t see this coming. CCP_Larrikin was the only desk member to have faith in the EOL machine. (www.twitch.tv/ccp/v/12376129 Commentary starts at 04:44:30 and goes to 05:07:30) Honestly, I didn’t see us winning. I was prepared to “thank” all the listeners and people who hang out in the various channels that I frequent but then something strange happened.

Yea, we took them, also.

WUT?? I even put a 105 million ISK bet against us on EVE-Bet.com!!! How could this be??!! I am totally blown away. Our next match, which will be August 29th, will be against Gorgon Empire and Spawn. I’m not very confident in this match and I’m really shitting bricks on this. Of course, my team mates are saying “I think we can take them.”

My entire experience in the alliance tournament has been a wonder and a delight. I would recommend that everyone try it.  Huge shoutout to the theorycrafters, FC’s and leadership of EOL.  Also a huge shout out to our practice partner, Redemption Road/Affirmative alliance!  You folks have made my AT experience a real blast!  (Pun “may” be intended)

(Late edit:  I meant to mention this in the initial draft but forgot to due to limited mental space.  Most of the EOL team is Aussie or thereabouts.  These crazy bastards have stayed up ALL NIGHT just to make sure they are awake to participate!

You guys and gals impress the hell out of me!)

The Bad:
Real Life™ this year has been horrendous for most of the High Drag crew. Kyle has packed up and moved his entire family to the East coast, Ashterothi has packed his everything and moved to the West Coast, and my family has endured some very tough times. It started out with a younger cousin passing away from Asthma. He left two children behind. This one was tough on the family. Two weeks later, my uncle (mom’s brother) passed away. Within ten days, we had two deaths in the family. Now, just to put things into perspective, my father had pancreatic cancer last year and after surgery, Chemo and radiation, we had hoped that it had been taken care of. (although, his Oncologist was NOT optimistic) My mother has Muscular Distrophy and is chair bound. She doesn’t have the strength to get out of bed and has relied on my father to assist her with her needs. Needless to say, my father’s cancer has come back with a vengeance. He is now undergoing radical chemo. He has spent several days in the hospital. He is going into transitional care and this still leaves my mom without assistance. She has since signed up with a company to provide personal care to get her out of bed. I’ll be putting a fair amount of mileage on my vehicles to help out as best as I can. So, working my own job, dealing with my own family and doing what I can to assist my folks doesn’t leave me a lot of time.

Growing old is really a bitch.

The Ugly:
Episode 55 has been recorded and is awaiting editing. I would like to give a huge thank you for J Mcclain (of the Best of Us chat channel) and Jiny and Lady Aiepsia from RVB who joined Ash, Kyle and myself for the recording. The ugly part is that I’m really having trouble making time to get it edited and posted. I’m hoping the listeners understand that between RL and my involvement in the AT, I just cannot scrape together as much time as I need. I will beg patience. Particularly since our next recording day is coming up and I cannot get this damn thing done.

Thats my update. I thank you all for your patience and support. RL SHOULD come before video game time but damn, it’s tough. Stay tuned for episode 55 and all support we can receive for our next match against Gorgon Empire in the AT is greatly appreciated.

We’ll TRY to see you in space!